Women in Business & Law: how women can get involved in their organizations in a more influential way

Women in Business & Law: how women can get involved in their organizations in a more influential way 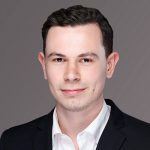 Something exciting happened on March 9th, 2018—for the first time in the Association’s history, we held a Women’s Panel!  This special panel focused on discussing matters of gender in business and law.

The morning began with a warm welcome and breakfast provided by Torys LLP, proceeded by a terrific discussion on the importance of building relationships from the grassroots level. Below are some of the many points we covered, from managing conflict resolution styles, to turning mentors into sponsors.

In opening the discussion, the panelists were asked how they make the case for diversity in their organizations and industries. Laura McGee, Co-Founder of #GoSponsorHer and former Management Consultant at McKinsey & Company, pointed out that the data unequivocally supports more diverse teams. It is the model of a strategic win-win for employees and the company. The challenge, rather, is eliciting change.

A central theme to the panel was the question of how women can get involved in their organizations in a more influential way?  Mehran Malek pointed out the widely known fact that men are much more likely to ambitiously take on projects, assuming they can learn on the job. He reassured us that “it’s okay to fail; it’s okay to be involved.” At Nulogy, he tells us that, the “water cooler talk” issue exists as much as in any company. He tackles the issue of men gravitating to other men with an innovative software system. By matching people up randomly, he  developed a plethora of one-on-one relationships and a unique anecdote with each one. The idea is to create relationships that let people be comfortable together for the purpose of working together.

Shirin Mirsaedi built on this point by noting that, despite the legal sector being more gender-balanced compared to other industries, getting women into senior positions still seems to be a struggle. Her question is pervasive, i.e. why do so many enterprises get male heavy as you move up the hierarchy?

Laura McGee recalls a “deep dive” she worked on at McKinsey in the legal sector. The facts paint an interesting picture, she says. Despite appearing above average, women in the legal profession are driven primarily to want to practice in-house. Laura notes that there are several issues that come up, e.g. late night calls and dinners might appear to be more difficult for women than men. So how can we reconsider our workflow models to allow women greater stretch opportunities?

Data clearly shows that bringing in more women has great results for companies. Yet, the CEOs Laura spoke to were shocked to learn that they were collectively 46% less likely to sponsor a female. For those unfamiliar with nuanced yet important distinction, a sponsor is more of a coach and advocate, whereas a mentor is more of an advisor and teacher.

What can we do beyond getting rid of the stereotype whereby we automatically assume inappropriate scenarios when observing a male and female colleague having dinner together? Organizations should be more receptive to different communication styles when it comes to asking for more responsibility. Women are much more likely to ask “what could I do better?” while men will more often ask “what else can I do for you?” In reality, both questions are asking the same thing, and organizations must learn to recognize that.

McMillan’s Margaret McNee adds that women are traditionally less direct. For instance, women are more likely to use  suggestive words such as “perhaps,” rather than assertive phrases like “this is what we’d like to do.” This points at another communication-related difference—conflict resolution. Women, often opt to be polite, and experience frustration when trying to resolve conflict, especially with men. There are several ways to address this in the boardroom, and results are often superior when men and women work together. Making this happen is the responsibility of any good leader or director.

Catalyst Canada’s David Lau brings up another kind of communication; negotiating a job offer. Based on a 10-year study, women are hired based on proven performance while men are hired based on potential. This is important because as one moves up in an organization and builds capital, one is going to need to negotiate more often. There is no way of getting around these kinds of conversations. A great way for women to address these biases is to use their built-up capital to make a business case for their potential.

Should women just emulate male responses to succeed? No. Several panelists noted that the reality of our socialization is such that women are expected to be a tad warmer than men. While this is not always the case, it is doubly so in many industries such as technology, journalism, and customer service. In these industries, although far from exclusively, women are prejudiced by words and actions, and men can often be great allies in dealing with other men.

A common challenge for men trying to contribute is how to confront other men about their behavior. Mehran points out that while men can be great allies, stepping in can be extremely uncomfortable, especially in front of a client. One solution being to pull someone aside in private.

This fantastic opportunity for a candid discussion was spearheaded by Jasmine Godfrey, 2018-19 Co-President of the JD/MBA Students’ Association who in previous year served as Co-VP Alumni.

We would like to thank everyone who participated, especially our panelists who generously volunteered their time and advice.