Garrick Apollon is a corporate lawyer with almost 15 years of experience. He is a part-time professor at the MBA program at the University of Ottawa Telfer School of Management. An alumnus of the University of Pennsylvania Law School (Penn Law), Garrick was a student of Professor Regina Austin, Director of the Penn Program on Documentaries & the Law. He was also the host for a television program on access to justice. An active legal scholar, Garrick has seven publications in leading peer-reviewed American law journals in the fields of corporate governance and ethics, negotiation and dispute resolution.

Garrick played football for the Rouge & Or at Université Laval. He was a member of the Rouge & Or when the team won its first Vanier Cup, awarded to Canadian university football national champions. Garrick is past-Fellow of the FILM Initiative at Osgoode Hall Law School as well as Fellow of the Hot Docs for Continuing Professional Education, Hot Docs Canadian International Documentary Festival. 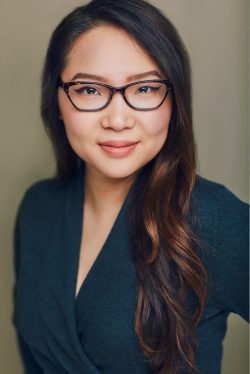 Alexis Choi, a third-year JD student, is the President of Osgoode Fintech and Blockchain Association and the Student Contributions Editor at the Osgoode Hall Law Journal. Before her role as the National Coordinator at Pro Bono Students Canada, she served as the Program Coordinator at the Osgoode chapter, where she managed over 200 legal volunteer placements. She participated in the Osgoode Venture Capital Clinic as the Client Recruitment Team Lead. Prior to law school, Alexis received her Master of Arts at the University of Toronto. She also worked in project management at a regulatory body for physiotherapists, where she spearheaded national projects. Alexis is an aspiring Toronto Raptors’ season ticket holder, who enjoys keeping up with legal innovations and disruptive technologies. 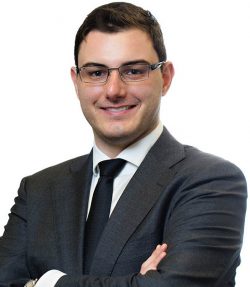 Luigi Rulli is a fourth-year JD/MBA student working toward a specialization in Strategic Management and Organizational Behaviour. Prior to law school, he received his undergraduate degree from the Business and Society Program at York University. Luigi is presently serving on the University Tribunal and on the Board of Directors for the Green Campus Cooperative.