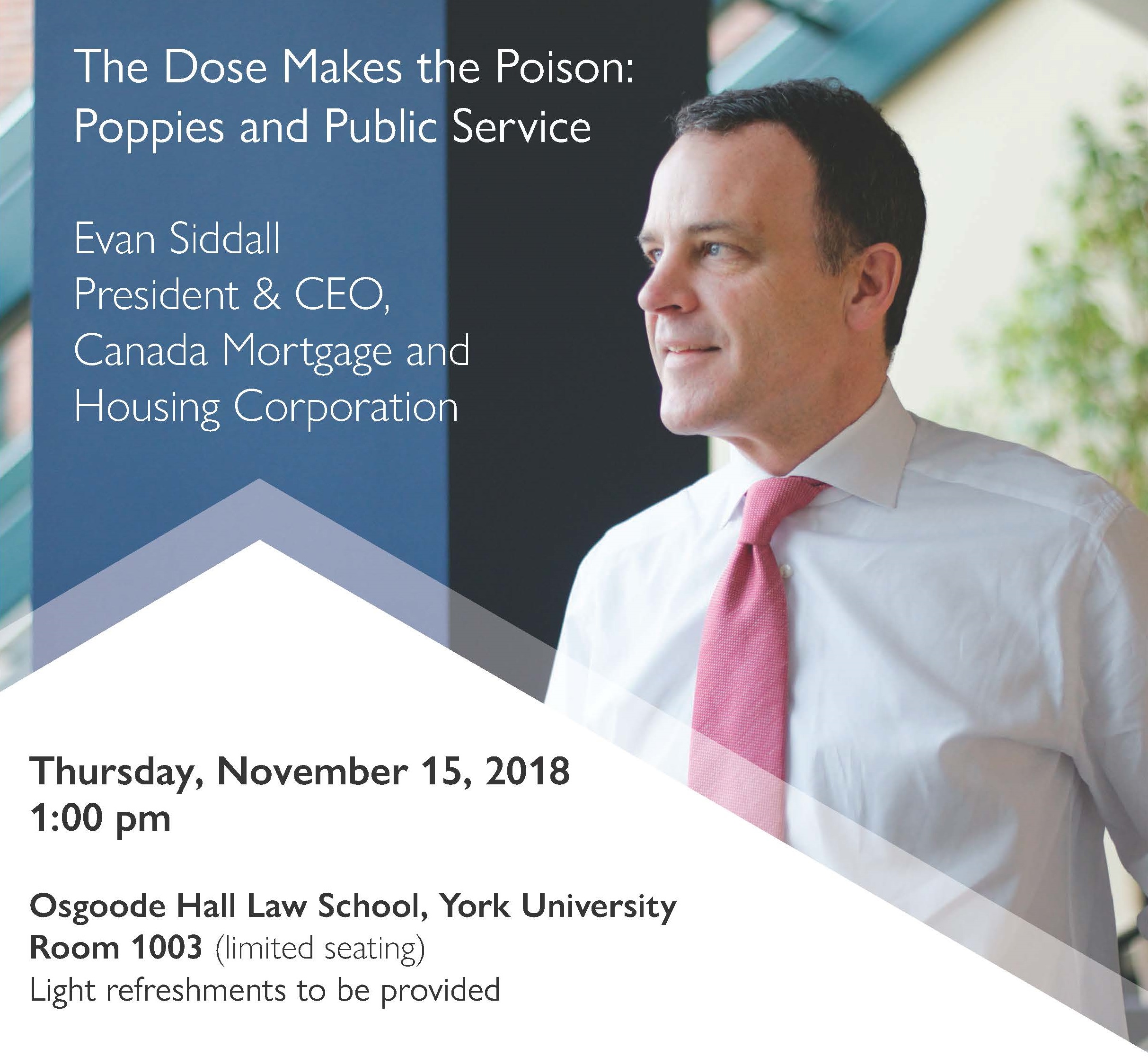 In conversation with Mary Condon, Dean (Interim) of Osgoode Hall Law School, Evan Siddall will discuss his career journey from Wall and Bay Streets to public service, prompted by a desire to contribute to a greater cause. He will speak to the value that diversity of thought and experience can bring to the public service. Finally, he’ll address the challenge that “tall poppy syndrome” poses to attracting the best and brightest and how it threatens Canada’s capacity for innovation at a time when it’s needed most.

Evan Siddall and his executive team have transformed the Canada Mortgage and Housing Corporation (CMHC) into a high-performing, innovative organization with a vision of being at the heart of a world-leading housing system. Under Evan’s direction, CMHC is leading Canada’s first-ever National Housing Strategy, an ambitious $40+ billion, 10-year plan to reduce housing need in Canada.

Evan has worked at some of the world’s largest investment banking firms in Canada and the United States before joining the Bank. But a formative visit to Canadian battlefields and Vimy Ridge in northern France motivated him to consider public service. In 2010, he was urged by former colleague Mark Carney to join the Bank of Canada. Taking lessons from the global financial crisis of 2008 and his career in finance, Evan spearheaded the Bank’s efforts in establishing financial infrastructure to protect the Canadian economy against future risks.