Data Gap: Governments across Canada need to catch up when it comes to increased climate risk disclosure 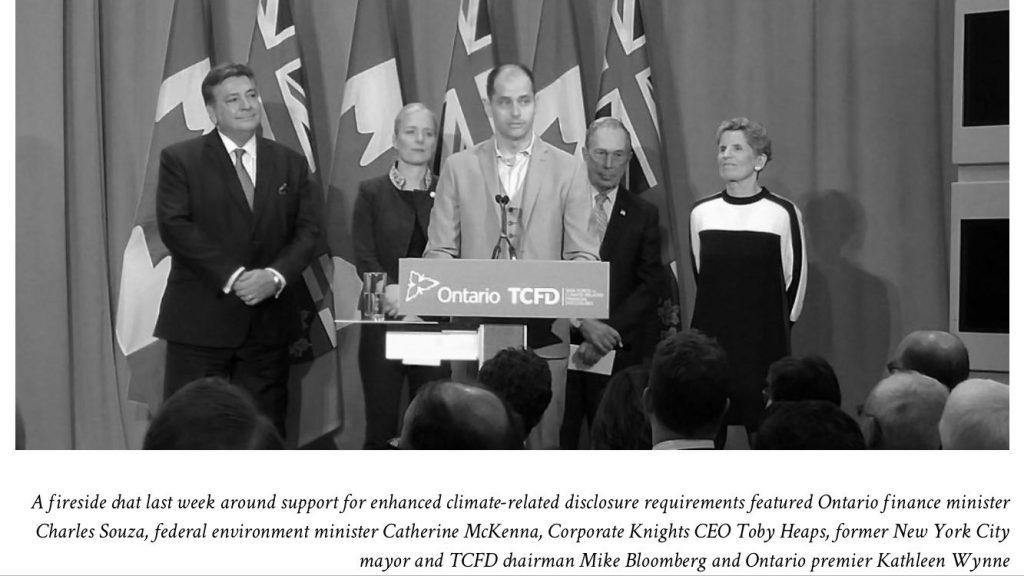 Policy-making is increasingly focused on the “appearance” of progress, wherein maintaining appearances becomes an excuse for side-stepping many of the difficult policy choices that must be made. Addressing climate risk has become a critical example of kicking the can down the road – there still seems to be a view that climate risk can be “managed” with aspirational statements and standards.

Consider the behaviour of some of the world’s largest asset managers in response to shareholder resolutions last year at nine major U.S. utilities asking for reporting on their exposure to the forces driving a 2 C transition – regulatory, technological, legal and meteorological. Ten large institutional investors controlled one of every three shares voted, but only one of them consistently voted to support increased climate risk disclosure. Three of the biggest (by shareholdings) voted against all nine resolutions, even as they profess a commitment to engagement on environmental (and other social, environmental and governance) issues and, in one case, sent public letters challenging CEOs of major corporations to explain how their company is “navigating the competitive landscape, how it is innovating, how it is adapting to technological disruption or geo-political events.”

How can we close the disconnect between stated intent and actual behaviour? Following the recommendations of the Task Force on Climate-related Financial Disclosures (TFCD), a group of three large Canadian pension plans called for enhanced climate disclosures from Canadian companies. The $270 billion Caisse de dépôt et placement du Québec has gone further, pledging to increase its climate solutions investments by 50 per cent and reduce its listed company carbon intensity by 25 per cent.