A Night at the Horatio Alger Excellence Gala [Oct 28.19]

A Night at the Horatio Alger Excellence Gala

On October 28, 2019, the Horatio Alger Association of Canada hosted its third annual Excellence Gala at the Fairmont Royal York Hotel in Toronto. This year’s gala marked the Horatio Alger Association of Canada’s 10th anniversary. Some of North America’s most successful business executives, lawyers, politicians, professional athletes, and actors were in attendance, including 9 students from Osgoode Hall Law School and the Schulich School of Business. We were two of these lucky students! 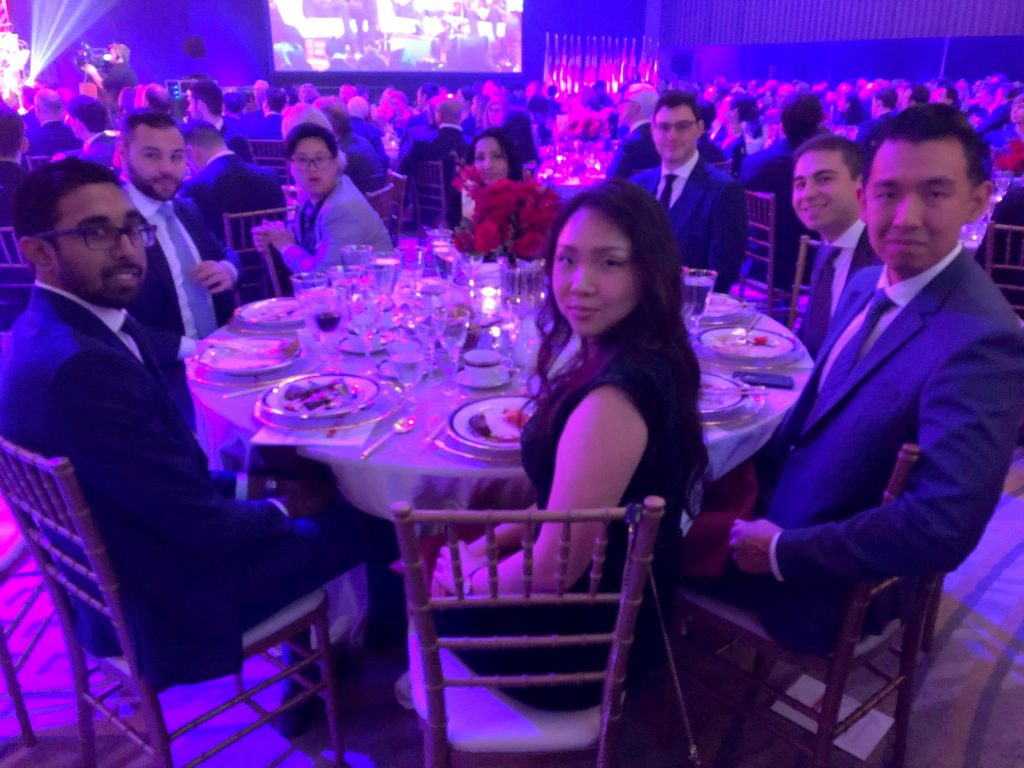 The International Horatio Alger Award is presented each year to role models whose experiences demonstrate that success is attainable for individuals that embody the principles of integrity, hard work, perseverance, and compassion for others. This year, Christiane Germain, Co-Founder and Co-President of Germain Hotels, and Walter Schroeder, Founder of DBRS Limited, were chosen to receive the Award.

Christiane Germain is one of Quebec’s best-known businesswomen. She co-founded Germain Hotels 31 years ago with her brother Jean-Yves. Today, the company is present in seven Canadian provinces across three hotel banners. Christiane is chair of the board for the Musée national des beaux-arts du Québec and is involved in supporting numerous charities. Ms. Germain is a member of the Order of Canada and l’Ordre national du Québec.

Walter Schroeder founded DBRS Limited in 1976 with less than $1,000. Since then, the company grew into the largest debt rating agency in Canada and the fourth largest in the world. After selling DRBS, Mr. Schroeder served as chairman of Colonial House Capital Limited. Walter and Maria Schroeder support students in underprivileged communities through university and college scholarships, bursaries, and an emergency fund to help students in need.

Ben Mulroney served as the Master of Ceremonies for this celebratory event. Entertainment was provided by the cast of the Jersey Boys and David Foster – Horatio Alger Member and award-winning musician, songwriter, composer, arranger, producer, and recording artist.

The JD/MBA student body is extremely grateful to Jay and Barbara Hennick for the unique experiences that the Hennick Centre provides, including the opportunity to attend the Horatio Alger Excellence Gala. The philanthropists at the gala and their stories inspired us all to strive for excellence and to give back to our communities. The gala and its attendees raised $5 million dollars, which will be used for investing in young Canadians who are committed to pursuing higher education. The evening was a great reminder of the Horatio Alger Association of Canada’s powerful belief that hard work, honesty, and determination can conquer all obstacles. 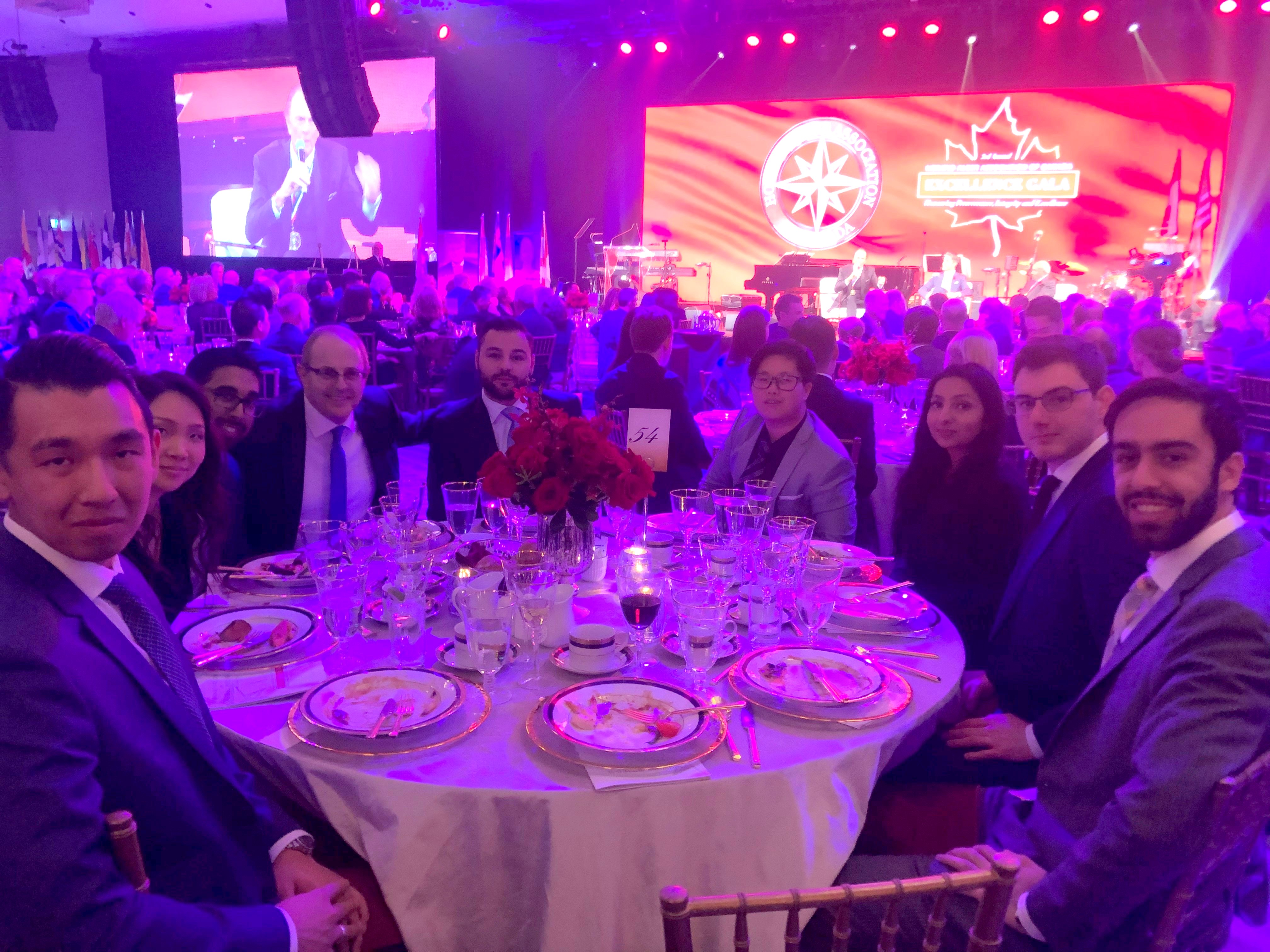 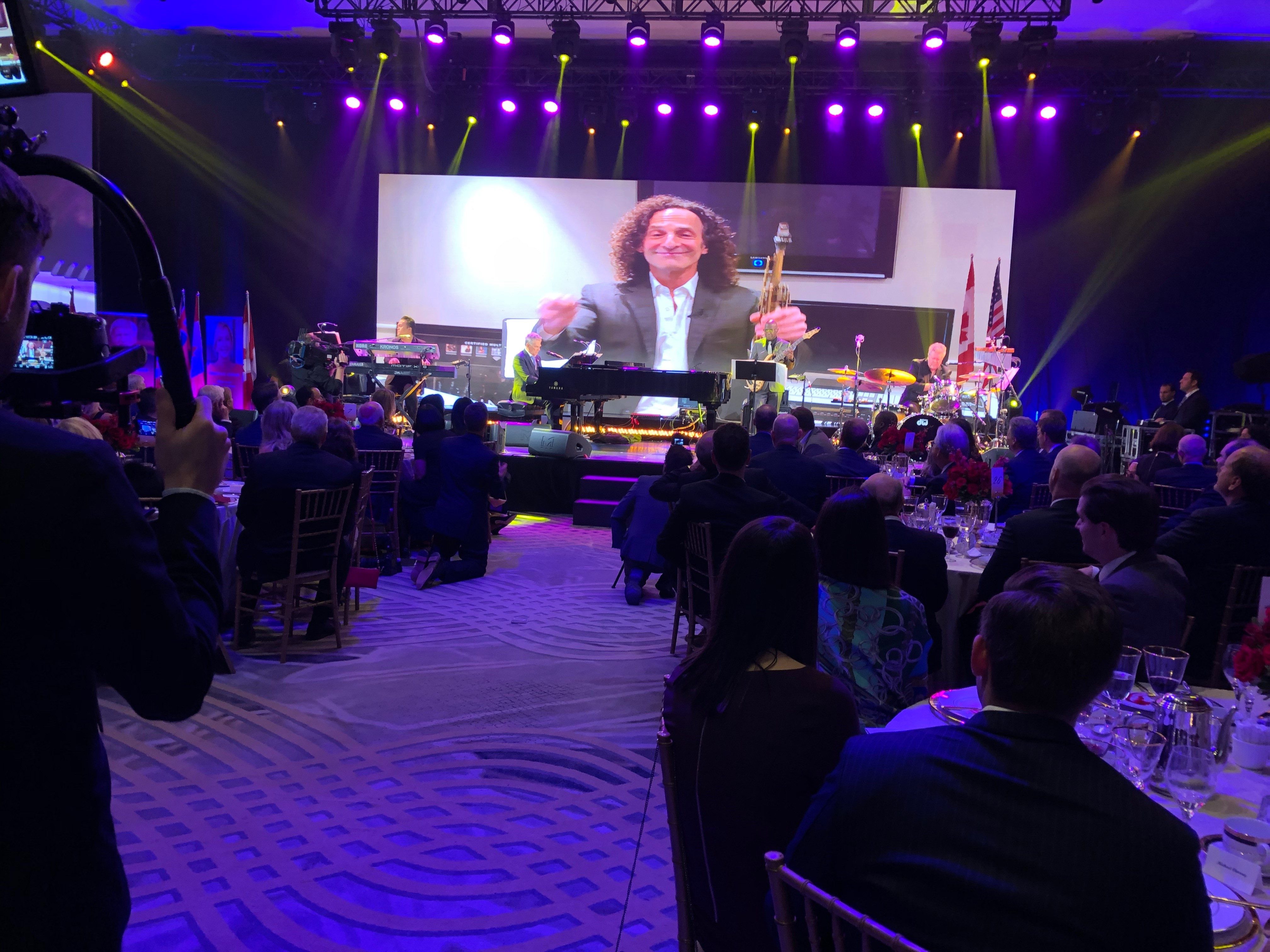 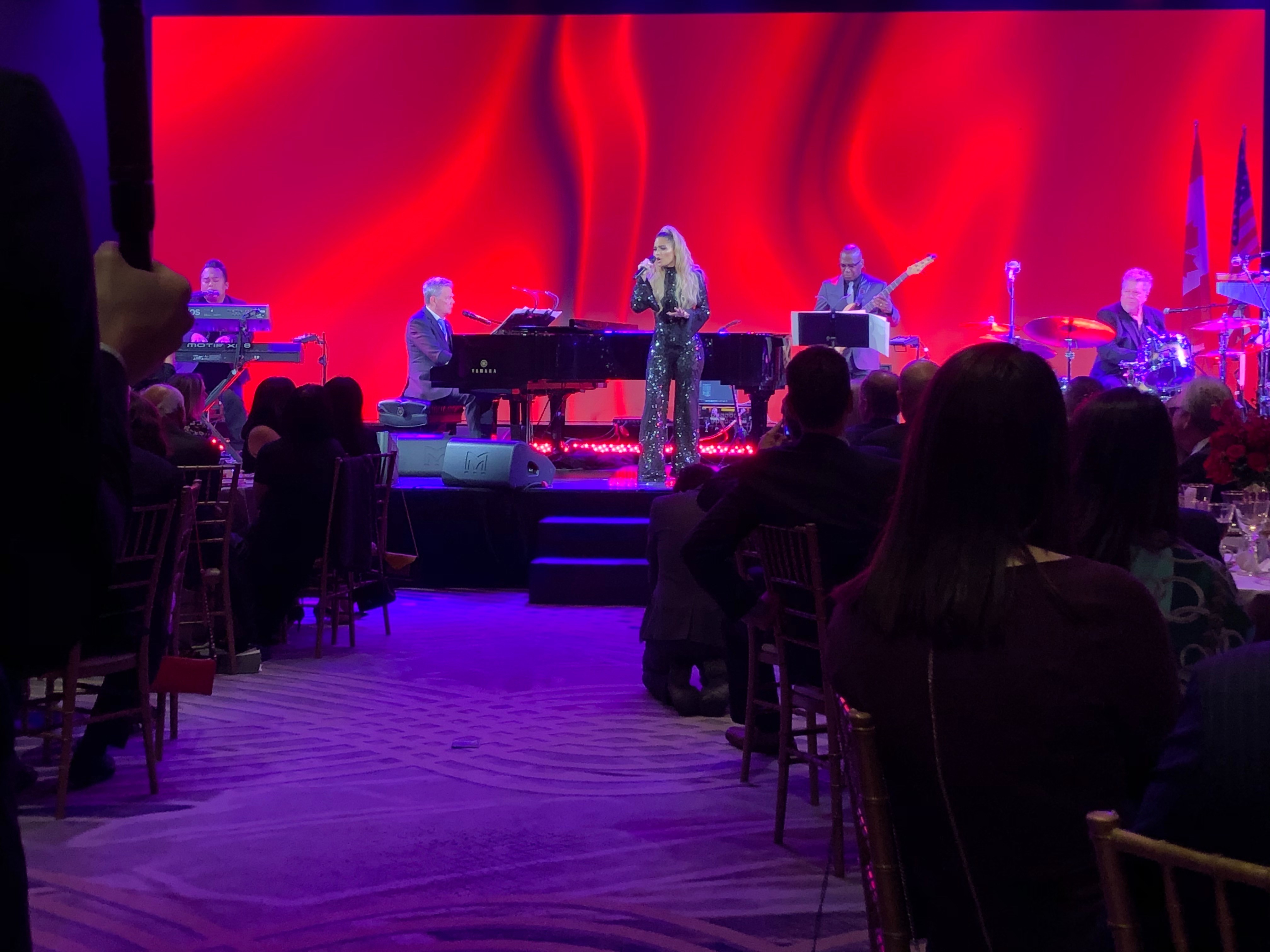 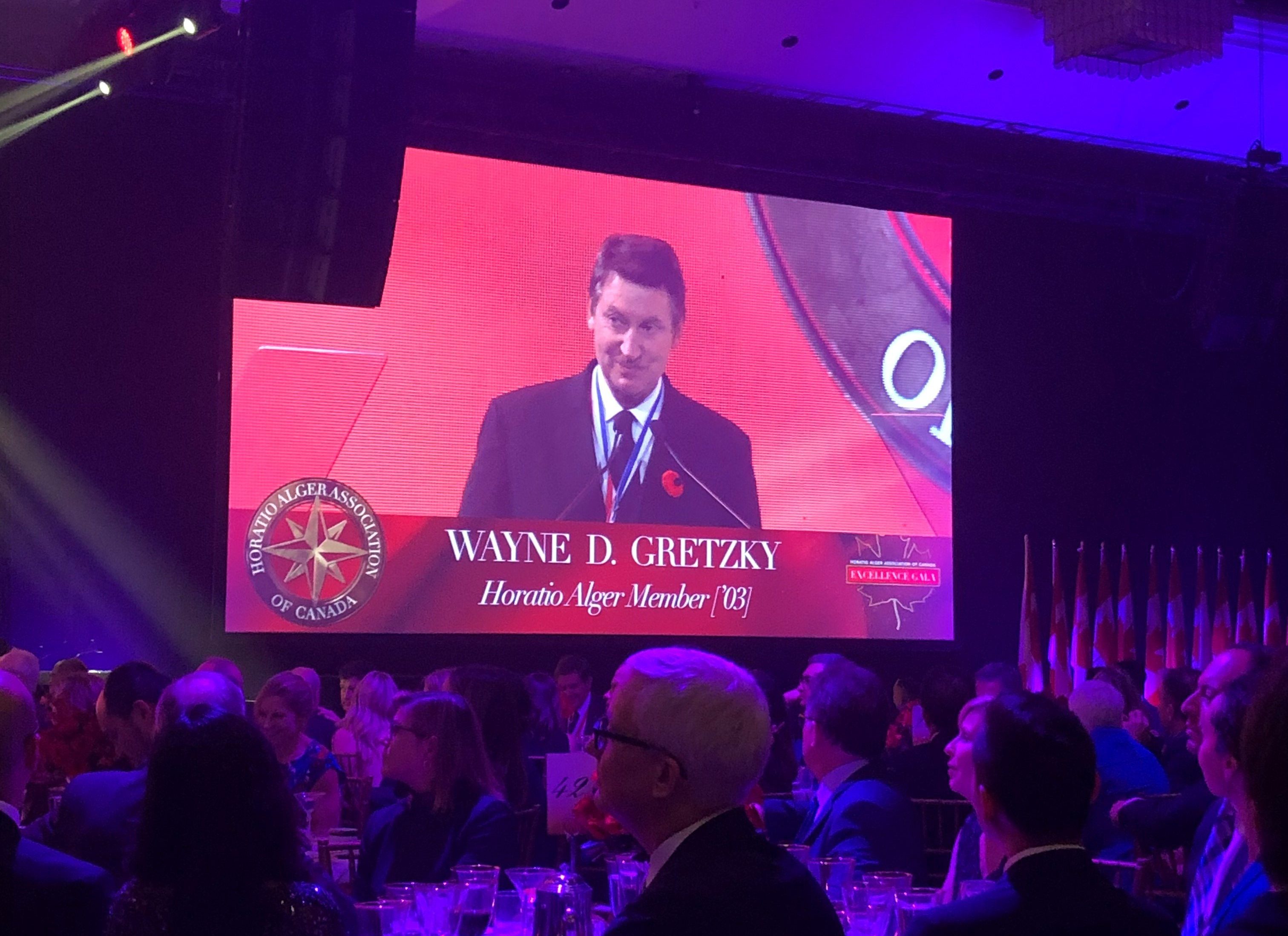 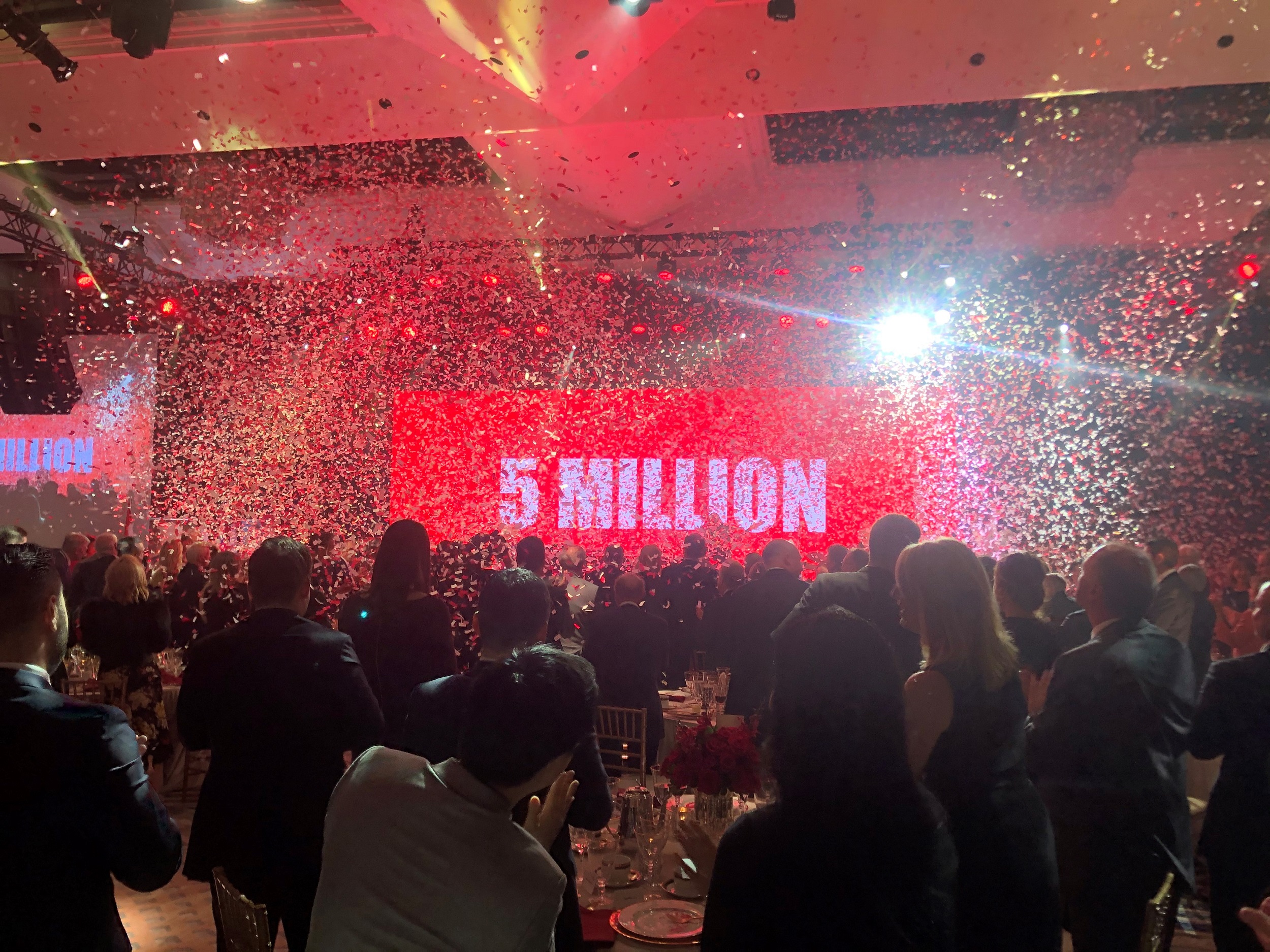