– Global Chairman and CEO of Colliers International and Founder and Chairman of FirstService Corporation to be honoured at Washington, D.C. ceremony – 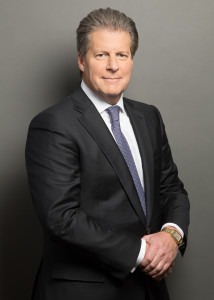 The International Horatio Alger Award is presented each year by the Washington, D.C.-based Horatio Alger Association of Distinguished Americans Inc. It is awarded to contemporary role models whose experiences exemplify that opportunities for a successful life are available to all individuals dedicated to the principles of integrity, hard work, perseverance and compassion for others. Recipients of the Award become lifelong members of the Horatio Alger Association of Canada and its American affiliate and serve as role models for its young scholarship recipients.

Mr. Hennick was born in Toronto and grew up surrounded by a close family that worked hard to make ends meet. His early years cultivated within him a robust entrepreneurial spirit. In high school, he established a business supplying lifeguards to apartments, hotels and condominiums, employing hundreds of people.

Mr. Hennick earned a law degree from the University of Ottawa and worked in corporate law for 13 years before establishing FirstService Corporation, now the largest manager of multifamily residential communities in North America and one of the largest operators of well-known service-based franchise brands. Mr. Hennick remains the Founder, Chairman and largest shareholder of FirstService. In 2015, FirstService separated into two independent public companies and Mr. Hennick assumed the role of Global Chairman, CEO and largest shareholder of Colliers International Group Inc. Colliers is one of the top global players in commercial real estate with operations in 69 countries.

“I’ve admired the work of the Horatio Alger Association for several years and I’m truly humbled and honoured to join its distinguished membership,” said Mr. Hennick. “But more than that, I look forward to helping grow the Association’s scholarship program so that more disadvantaged youth can be provided the opportunity of a post-secondary education.”

About the Horatio Alger Association of Canada