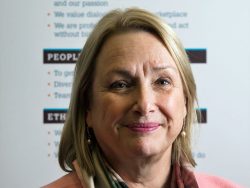 Maureen Jensen’s decision to leave the Ontario Securities Commission nearly a year before her term as chairperson expires is reviving debate over the relationship between Canada’s largest capital markets watchdog and the government that oversees it.

Traditionally, the OSC, which governs everything from initial public offerings to fraud charges, has operated at arm’s length — something advocates of such an arrangement say ensures the capital markets function with consistency and without being subjected to partisan whims.

Not only did it prompt the launch of a “burden reduction” task force at the regulator, but In a rare public disagreement on policy, the government came out against the OSC’s proposal to ban commissions on certain mutual funds last year, leaving Ontario as the only jurisdiction that did not adopt it.