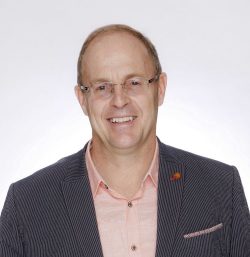 We are delighted to announce the appointment of Peter Macdonald as co-director of the Hennick Centre for Business and Law.  Peter succeeds James Darroch,  to whom we are very grateful for his many years of service and dedication to the Centre.

Peter Macdonald is a lawyer, who graduated Osgoode Hall Law School in 1985.  Between 1987-94 he practised corporate, commercial and securities law with two downtown Toronto law firms and a large multinational corporation in Montreal.  Since 1995, Peter has acted as a commercial mediator and  dispute resolution trainer in a broad range of litigious, regulatory and business-oriented contexts.  Since 2001 he has taught business law to undergraduate and graduate students at the Schulich School of Business, for which he has received numerous teaching excellence awards.

“We’re very fortunate to have Peter join us as a co-director of the Centre. As co-director of the JD/MBA program, Peter already plays a key role in (and has made a huge contribution to) many of our programs and priorities. He’s a terrific resource!”  — Ed Waitzer, Director, Hennick Centre for Business and Law